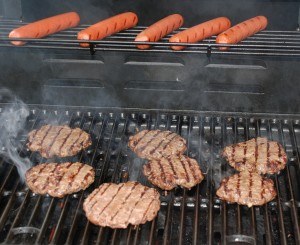 As the US nation celebrates our independence from Britain almost 240 years ago, I propose celebrating a different, albeit “unofficial” holiday: I call it, “Independent’s Day”.

No, I’m not talking about the epic music festival held every September in Columbus, OH. Neither am I talking about the movie that chronicles “the ultimate insider’s look” of the Sundance Film Festival (though a few of the attendees at those festivals are definitely worthy of this holiday).

No, what I’m talking about is a *real* holiday, one that is slightly more productive than grilling hot dogs and burgers with the family. This one is one that celebrates the ingenuity and the creativity of entrepreneurs, artists and visionaries around the world. It’s a holiday that remembers people who have the courage to be different.

How I Celebrated July the 4th As A Kid

As a youth, my family had this long-held tradition for family events: we would gather around the table, eat some good food, and then we would round the entertainment center for a nice & cozy family movie.

My dad would break out the barbecue grill, light the coals, and throw on some meat. My dad would always make sure to take the extra step of leaving the doors and windows wide open, so the smell of his dogs and burgers could fill the house.

For me at least, one of the most compelling reasons to celebrate the 4th is the oodles of home-made hot dogs and hamburgers, plated with mom’s famous casseroles and some chips with dip.

Yes, it’s junk food heaven. And it makes me happy.

There are some things that make me much happier though.

As much as I *love* the fourth of July festivities and what it represents to all of us here in the States — I value even more the powerful ideas and ideals that eventually inspired the National holiday in the first place.

On the 2nd of July in 1776, the Second Continental Congress voted to approve a resolution of independence that had been proposed in June by Richard Henry Lee of Virginia that declared the United States independent from Great Britain. Then, Congress turned to the finalizing the wording of a great national document called the Declaration of Independence.

The Declaration of Independence was written and prepared by a Committee of Five, in which Thomas Jefferson was the principal author. It is recorded that Jefferson and his committee spent about 17 days writing it, which implies that a great deal of high-level thought and discussion went into the creation of such a short document. Indeed, it touted some lofty and original ideas, many of which eventually formed the foundation of the first “free nation” (as it was called), in which *defined natural law as including the ability of a people to assume political independence*, provided that the grounds for independence were reasonable and explained.

At the time, Britain was definitely acknowledged as one of the most powerful and resolute nations in the world. At the time, even the idea of trying to buck the mother nation’s control was a pretty big deal. And the fact that Congress decided that they were to do it on such a high level, makes the event that much more masterful and significant. 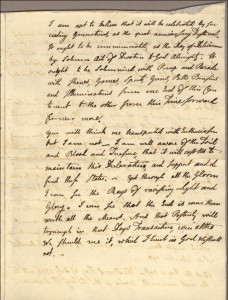 A view of John Adam’s letter to Abigail.

Heck, John Adams predicted that our independence from Britain would be celebrated with “parade, with shows, games, sports, guns, bells, bonfires, and illuminations, from one end of this continent to the other, from this time forward forever more.1”

But he also wrote concerning the attitude in which it should be celebrated: that it should be commemorated as a “Day Of Deliverance1.”

I’m just saying, Independence Day was originally meant to celebrate deliverance from the direction of a political master, to celebrate the human race’s triumph over seemingly insurmountable obstacles, and to remind us that there is no limit to what we humans can do.

“Independence Day was originally meant to…remind us that there is no limit to what we humans can do.” Click To Tweet

And this is why for “Independent’s Day”, I think, we should commemorate those individuals who have resulted from these ideas of independent thinking, freedom of association, and freedom to enterprise in the lofty and worthy causes that make the world a better place.


Some Independents Worth Remembering

In the last 200 years or so, our country (and by extension, our planet) has seen advancements in just about every category of the general public’s overall quality of life because of independent people like these. They invented the internet, cars, cell phones, and liberty. They have harnessed electricity and flight. They have ushered in the new era of free association that will forever change the way the world does business.

As direct result of these men and women: We have a great amount of political and religious freedom. We are generally able to speak freely on virtually any topic that may enter our minds. Our standard of living has increased exponentially. And this is no accident.

A few brief examples of how these people have impacted us: we now we have cars, planes, cell phones, and personal computers. We have fridges that keep food cold. We have new, even revolutionary ways to connect with family members and friends thanks to the internet. Video calls to the other side of the world are now relatively free with an internet connection. We can order hot and cold food to be delivered to a location with only a laptop, a wi-fi router, and a high-speed internet.

Just recently, myself and a few colleagues were able use the internet to fund-raise money for an event run by a non-profit NGO based out of Ghana. Thinking about it now, it was amazing.

I mean, these people have literally created the good in this world that we live in. (Tweet)

I think these people deserve our attention.

The Sky Is The Limit

(How You Can Celebrate “Independent’s Day”)

I deeply believe that the main reason things are amazing, is because of Independents like those listed above. This world has been forever improved because these individuals had the courage to buck trends, social norms, and even established science. The inventions that they have created, the ideas that they have shared, and the passion that they exude inspire those of us who learn about them.

It is for this reason that we must study and learn from these great moral, political, and idealistic people. I believe that through them, we can become inspired enough to build upon and even improve the world that they created for us.

Sure it may sound cheesy.  But I believe that the more of us in the world who have the courage to be an Independent, the less powerless we will be in this world, and the more our ideas can make real changes to the landscape before us.

After all, with this world being an imperfect one, this world thirsts for more people like they.  With us being human, we deeply thirst for the personal courage and resolve to be as different and as masterful as they are.

So here is the call to do more than just throw a party with hot dogs and burgers: Let’s actively challenge ourselves to be just as much of a change-agent to this world as they are.   Why? Because we need it.

Obviously, this world is not perfect, and neither are it’s inhabitants.

But that’s where we come in. Right?